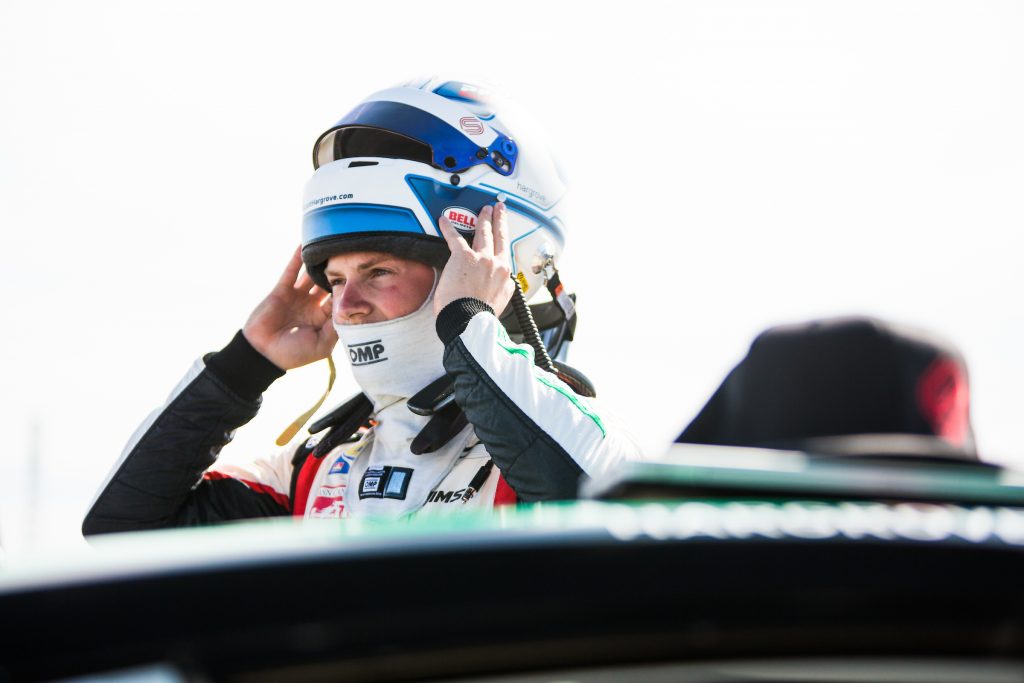 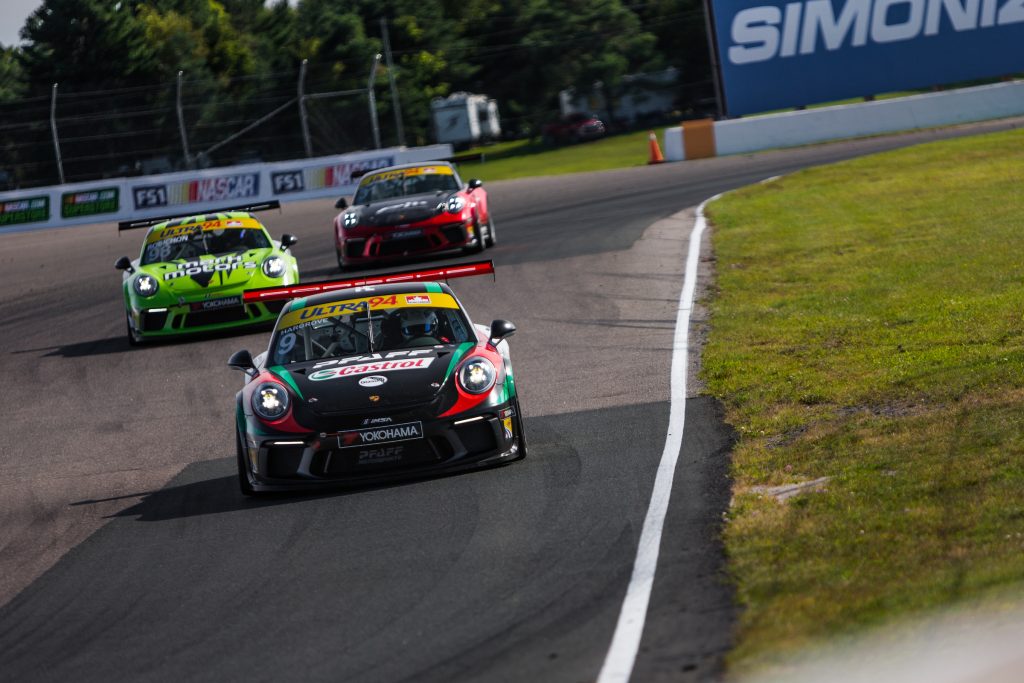 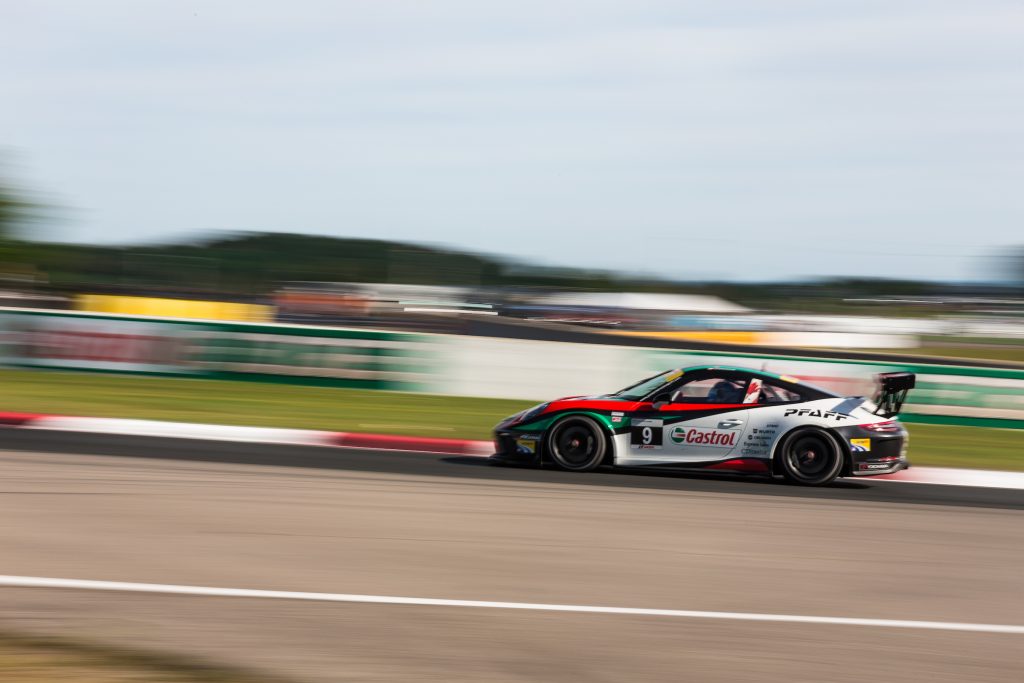 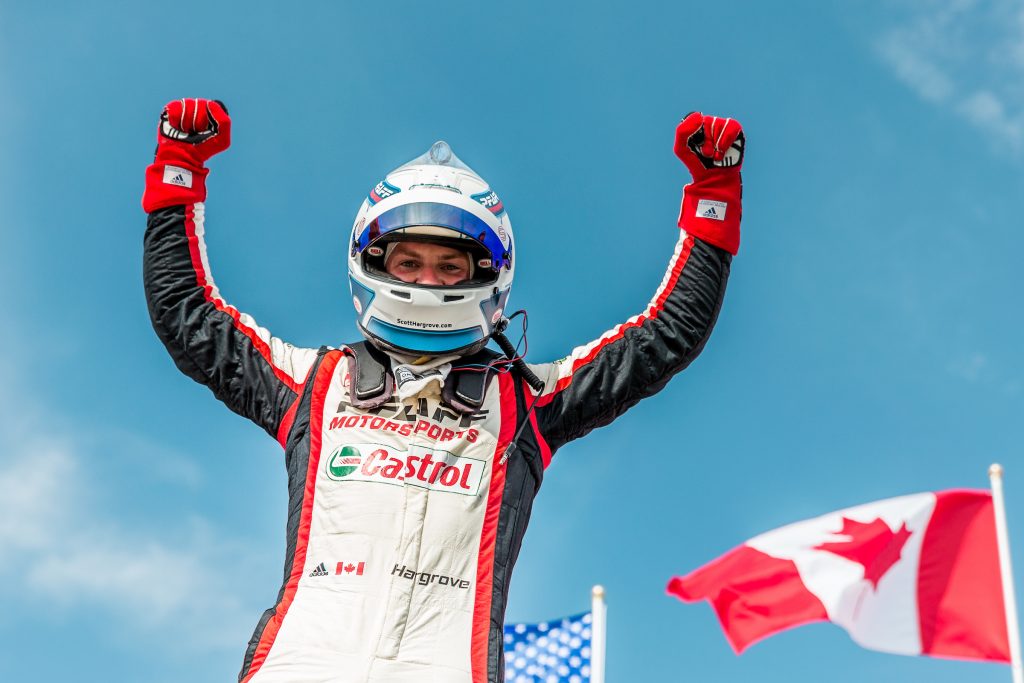 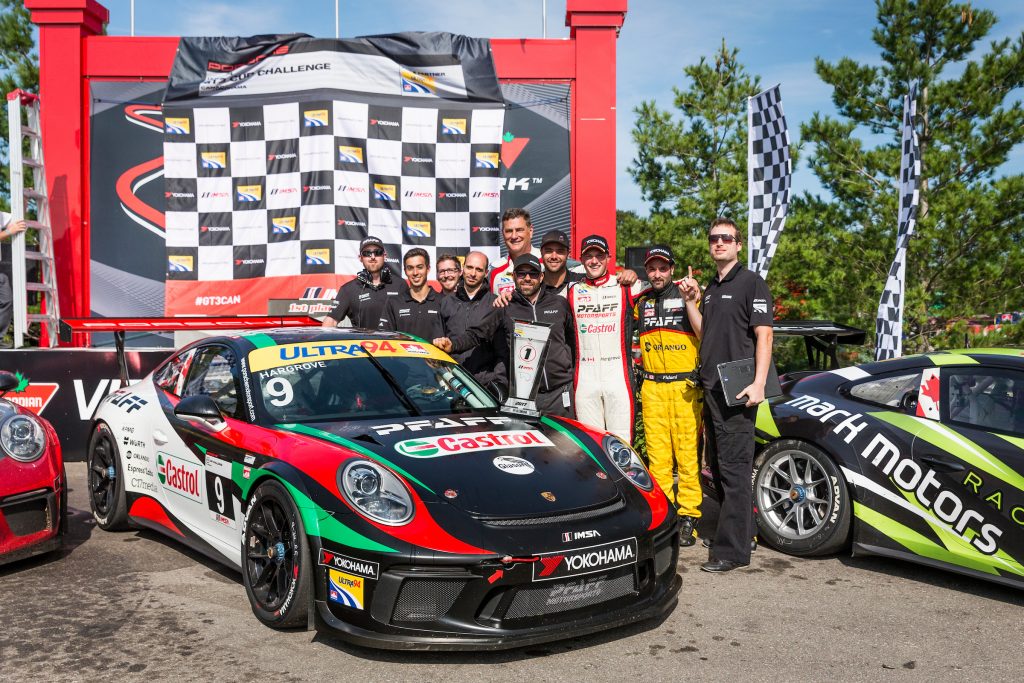 From opening practice until the checkered flag on Sunday, Pfaff Motorsports couldn’t have asked for a better weekend.

For Hargrove, his objective for rounds five and six were clear: extend his points lead and try to remain undefeated in the Canadian GT3 Cup series. 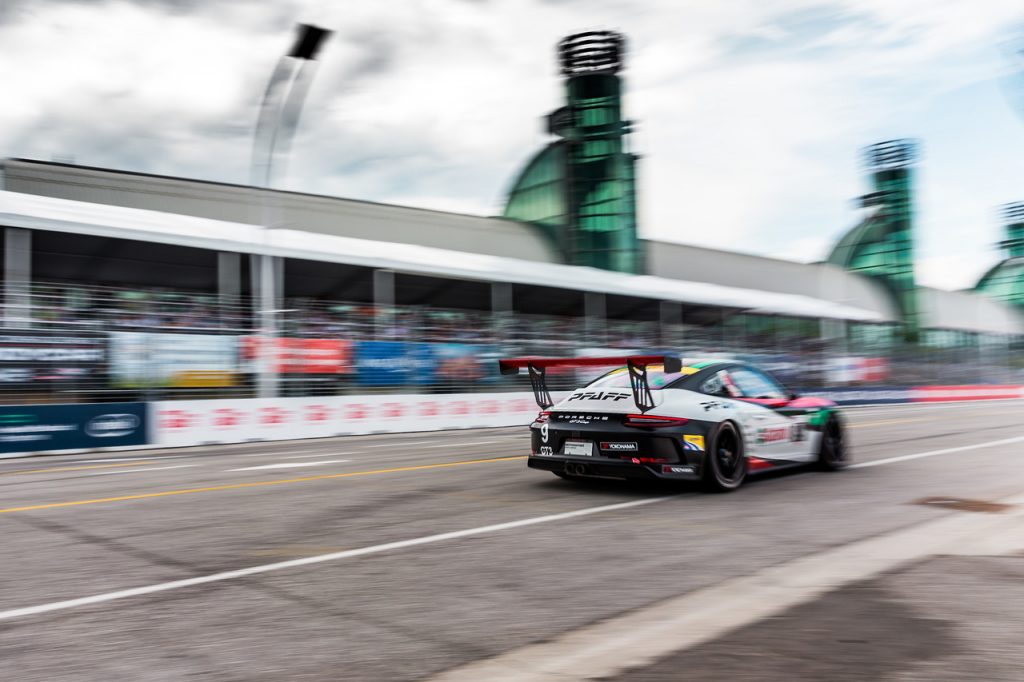 It wasn’t long before those wheels were set in motion, as Hargrove opened up a half- second gap in first practice, and extended that even further for the second. In qualifying, Hargrove topped the charts once again in his #9 Castrol-Pfaff Motorsports 911 GT3 Cup, needing the fewest laps to set pole position, while McKaigue set himself up for a strong race, qualifying third in the Masters class ahead of Baljet and Killeen.

Hargrove was methodical, following the fastest line and creating a gap almost immediately. As each lap passed, he built a comfortable lead to cross the finish line two seconds ahead of the competition. McKaigue, meanwhile, kept himself neatly among the top three Masters cars throughout the race, and made a late charge on lap 24 of 32 to finish third in class, and eighth overall. Unfortunately, Baljet suffered a failure that saw him retire on lap 16, while Killeen was collected in an incident on lap 24 that forced him to sit out the remainder of the weekend.Despite the continued threat of wet weather throughout the weekend, the GT3 Cup series opened race one under clear evening conditions, giving Hargrove an unimpeded view down the front straight as he took the inside line on turn one with three cars wide.

For race two, Hargrove started from pole once again, and carried the favoured line into turn one to set himself up for clear roads ahead. His race was far less comfortable than the day previous, as he was pressed heavily by Zach Robichon, who stayed within one second of the leader, until Hargrove crossed the finish line a half-second ahead. McKaigue made another late-race pass on lap 25, to finish ninth overall and secure another top-three podium. 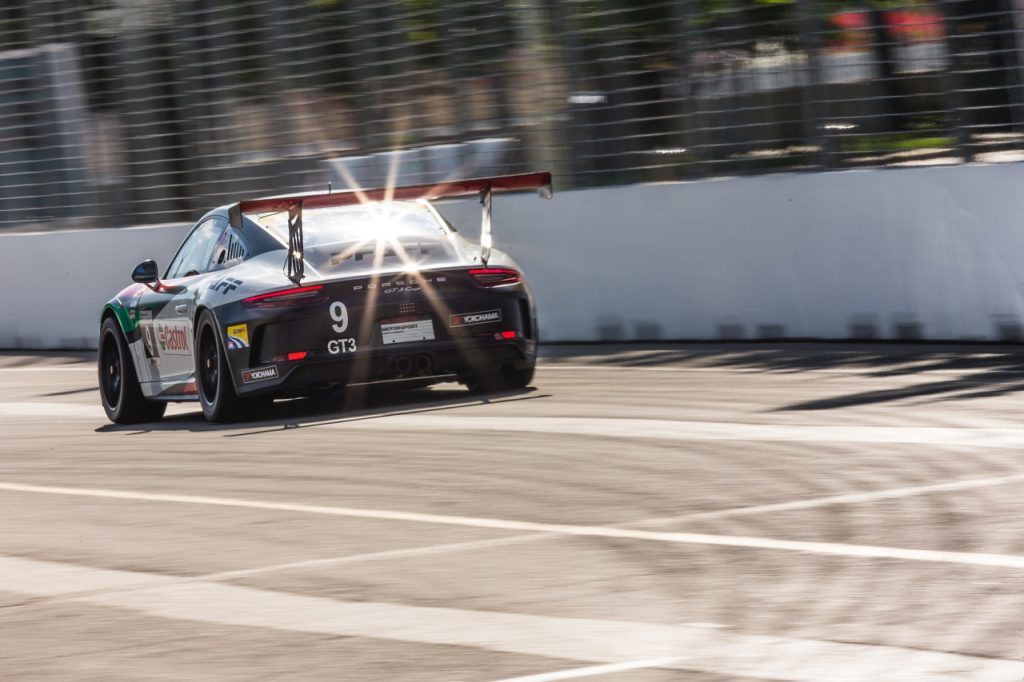 “The performance by everyone this weekend has been amazing,” Hargrove said. “To come to our home race in front of our family, friends and fans, and perform as well as we did is an amazing feeling. It was an honest race [on Sunday] especially, and I can’t thank the entire Pfaff team enough.”

Hargrove’s sweep in Toronto gives him four career wins at the street circuit, and marks a perfect six-for-six record on the Canadian calendar thus far, giving him a 17-point lead in the championship. Both he and the entire Pfaff Motorsports team look to return with a full squad when they visit another of Canada’s prized street-course weekends at the Grand Prix de Trois-Rivières (GP3R), taking place on August 11 to 13 in Trois-Rivières, Québec.